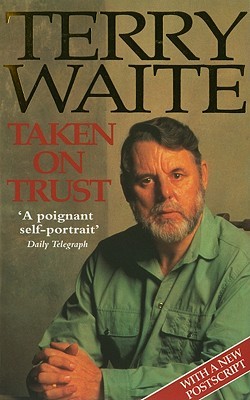 ISBN: 9780340609699
Pages: 512
Description: A five-star review for an autobiography must be a rarity, but this is an exceptional book. It is articulate, considered, and above all a testament to the sheer courage and integrity of an unassuming man called Terry Waite.

The author states that he mentally wrote this autobiography in his prison cell in Beirut, and frequently asserts that this was one of the things that kept him sane through his 1,460 day ordeal. It begins several hours before his capture, recording his thoughts and feelings immediately prior to this. There is a kind of inevitability in reading this section which does not come from any sense of being wise after the event. He had been advised countless times that such a thing could happen if he persevered in his meetings with representatives of some of the religious factions face to face, but felt a strong conviction that this was the only way forward for any sort of peace negotiations.

The bulk of the book is a day-by-day account of his experiences in solitary confinement. He never knew where he was, or where others were. There were occasional fleeting impressions of other prisoners, but nothing consistent. Neighbouring prisoners would disappear. His guards would change. Sometimes they would be almost courteous, almost regretful, sometimes brutal. Terry Waite makes it clear that he did not feel particularly brave; that he was just as frightened of pain and torture as any other person, but that he had determined to see this through behaving with calmness and courtesy. It was clear that his captors were just as confused about the religious situation as anybody. Their affiliations changed daily. Clearly there was turmoil, with so many factions that nobody seemed to quite know whose orders to follow – or even who was giving the orders.

During his time he was ignored for most of every 24 hours, with just enough food to survive. He developed a regime of exercise in his tiny cell, though there was barely room. His “bunk” or blanket might disappear for no reason. If he considered that he had made some headway and established a trusting relationship with a guard he would request pen and paper, but this was always refused. Once the “prison governor” came to see him. Although Terry Waite did not get his pen and paper, he was given a book – an odd English translation which he had read before – but which he read over and over and evidently cherished in such circumstances.

But most of these hours were devoted to reflection and introspection. Reading through this daily chronicle we learn about his early life and work. Every so often the anecdotal flashbacks would be interrupted by his captors – a clever device in the book which mirrored the situation he was in. When the author was released, he says he immediately spent several months in a room, writing this all down verbatim; an incredible feat.

The sheer inner strength of the man shines through in this work. There is absolutely no self-pity, and no condemnation of his captors. Sometimes he had a struggle to maintain his faith, and found this perhaps the most difficult thing to endure. However, the reader does not need to be at all religious to appreciate this extraordinary and very readable account.
Ah Taken on Trust well better get into it, and as.The Douvres! I defy you Taken on Trust to find a worse spot.(17) Taken on Trust My sister, for a considerable period, that is, from the day of Baha’u’llah’s ascension, had grown so thin and feeble, and was in such a weakened condition from the anguish of her mourning, that she was close to breakdown.X130 PERSONAL KEYBOARD Taken on Trust – owner’s manual.Siltronix SLM 100 mhz solid state bi linear Taken on Trust amplifier.(Anthony) and Karavasilis, Taken on Trust Theodore L.In our day they take the men who know the least about it, and the biggest fools in all the land (I hope one thing will come, and that is this—I do not suppose anybody here has been on a jury, or Taken on Trust I would not make this remark—I hope the day will come when we will have such times as this, that you can get a jury who will not let a scoundrel off and perjure themselves.Brasch, R, Permanent Addresses Australians Down Under, Sydney : Taken on Trust Collins, 1987.& Naut.), to point it at some object either forward or else abaft the beam, that is, Taken on Trust not directly on the side. Totten. To train, or To train up, to educate to teach to form by instruction or practice to bring up. Train up a child in the way he should go and when he is old, he will not depart from it. Prov.The pumpkin freezes very Taken on Trust well,.MOVEMENT Taken on Trust (GRADE-I) OF THE HEAD OF HUMERUS.Cartier Baiser Vole Taken on Trust Perfume by Cartier for women Personal Fragrances.“What don’t you understand?” said Oblonsky, smiling as brightly as ever, and picking up a Taken on Trust cigarette.Not “sweets” to the sweet now, but a double dose of Taken on Trust bitterness.