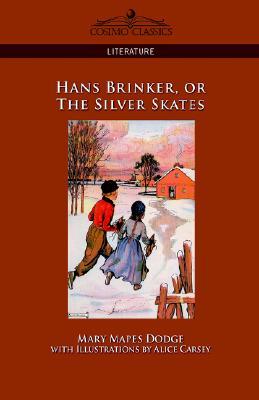 ISBN: 9781596056664
Pages: 244
Description: “Gretel looked at her mother in troubled silence, wondering whether it were very wicked to care more for one parent than for the other-and sure, yes, quite sure, that she dreaded her father, while she clung to her mother with a love that was almost idolatry.” from Hans Brinker

A beloved childhood favorite for a century and a half-and a book that readers continue to enjoy and appreciate long into adulthood. Hans Brinker, or The Silver Skates went through more than 100 editions during the author’s lifetime alone.

First published in 1865, this replica of the 1917 edition features the exquisite illustrations by Alice Carsey, whose sensitive eye and delicate pen-and-ink lines enliven the tale of the poor but virtuous Dutch boy in a way that few other artists have achieved. This replica edition brings the enchanting work of Dodge and Carsey to a new generation of children.